In a nut shell:

In the words of others:

Frontyard is, above all, concerned with the future of the arts as grounded, emplaced practice and theory within wider communities, and part of that involves decommissioning the arts from the discursive positions into which it has been forced by neo-liberal political and cultural economies.

Article on Frontyard from The Thousands (June 2016, now-offline)
By Jai Pyne (local artist/writer)

… Frontyard is less concerned with the product and more concerned with facilitating the making of art, involving the community in this process as well as reclaiming the arts back from the corner that they’ve been jammed into by our increasingly conservative government.

At the Edges of Art, Technology and Democracy (June 2016)
By Alexandra Crosby (previous resident and co-founder of frontyard)

In a few more words:

Our aim is to facilitate and nurture collaborations between people with a mix of disciplines with a passion for culture and to build a more resilient and sustainable independent arts community for the future.

You have a provocation to explore. A project to begin. A local problem to solve. A team of pro-active people to assemble. We have the space and a network of people to connect you with.

Frontyard is a space for research, imagining, problem-solving, doing & not doing, meeting, talking, and making time. There are 2 short-term (1-2 weeks) residency spaces for artists and non-artists, and an open door policy for hosting people in our workshop, garden and library if your project needs a place to grow after your residency ends.

In return for the space and time to think, Frontyard asks for a small gift of time from each resident. That could mean participating as a provocateur in a futuring session, giving a public talk, sharing skills via a workshop, symposium, film night, performance, or something else you think is important for the community. 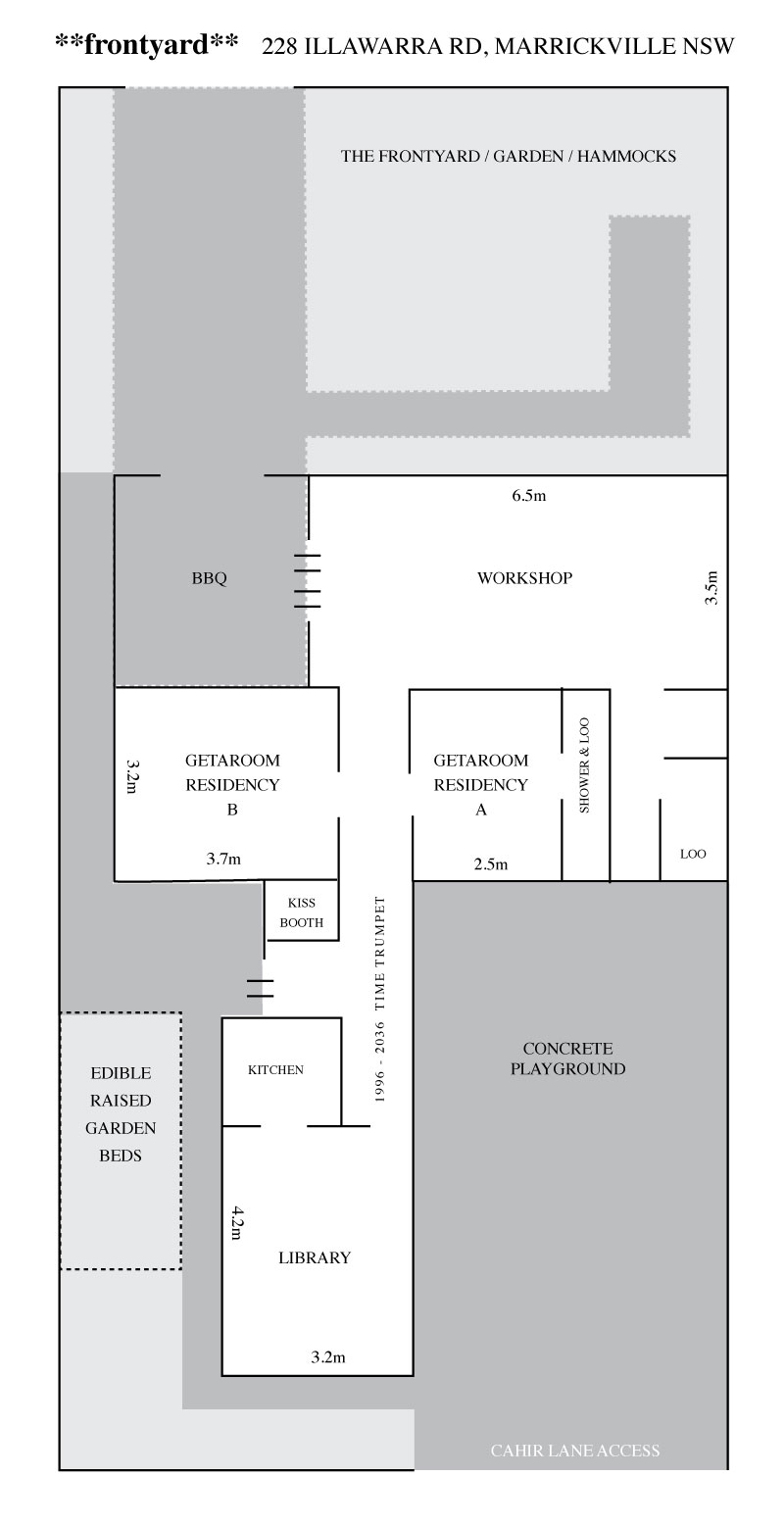